New Caledonia is located in the southwest Pacific Ocean, approximately 1,200 kilometres east of Australia and 1,500 kilometres northwest of New Zealand. The island nation of Vanuatu lies to the northeast.

The Grande Terre is by far the largest of the islands, and the only mountainous island. It has an area of 16,372 square kilometres, and is elongated northwest-southeast, 350 kilometres in length and 50 to 70 kilometres wide. A mountain range runs the length of the island, with five peaks over 1,500 metres (4,900 ft). The highest point is Mont Panié at 1,628 metres (5,341 ft) elevation.

Along with other Pacific Ocean territories of French Polynesia and Wallis and Futuna, New Caledonia is part of the French Republic.

The climate of the islands is tropical, and rainfall is highly seasonal, brought by trade winds that usually come from the east. 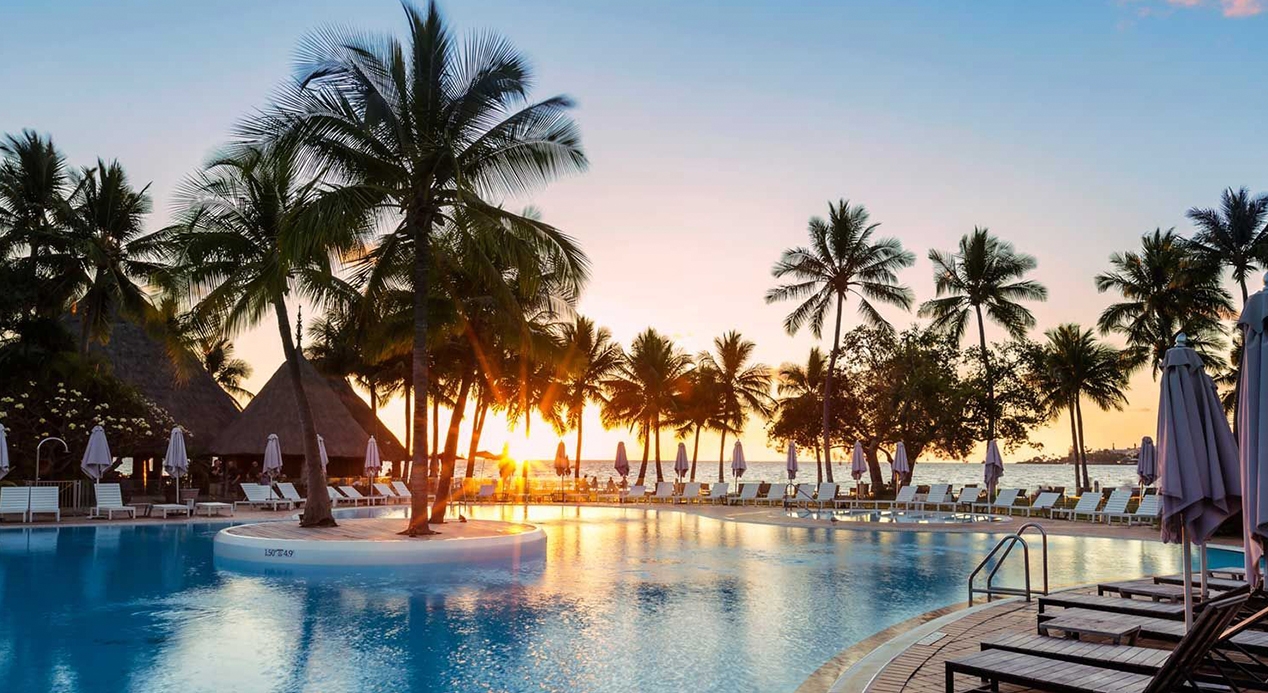