The Northern Territory is a federal territory of Australia, occupying much of the centre of the mainland continent, as well as the central northern regions. It shares borders with Western Australia to the west, South Australia to the south, and Queensland to the east.

To the north, the territory is bordered by the Timor Sea, the Arafura Sea and the Gulf of Carpentaria. Despite its large area, over 1,349,129 square kilometres, which makes it the third largest Australian federal division, it is sparsely populated. With a population of 227,025 it is the least populous of Australia's eight major states and territories.

There are many very small settlements scattered across the territory, but the larger population centres are located on the Stuart Highway that links Darwin to southern Australia.

The Northern Territory is also home to two spectacular natural rock formations, Uluru (Ayers Rock) and Kata Tjuta (The Olgas), which are sacred to the local Aboriginal peoples and which are major tourist attractions.

In the northern part of the territory lies Kakadu National Park, which features breathtaking wetlands and native wildlife. 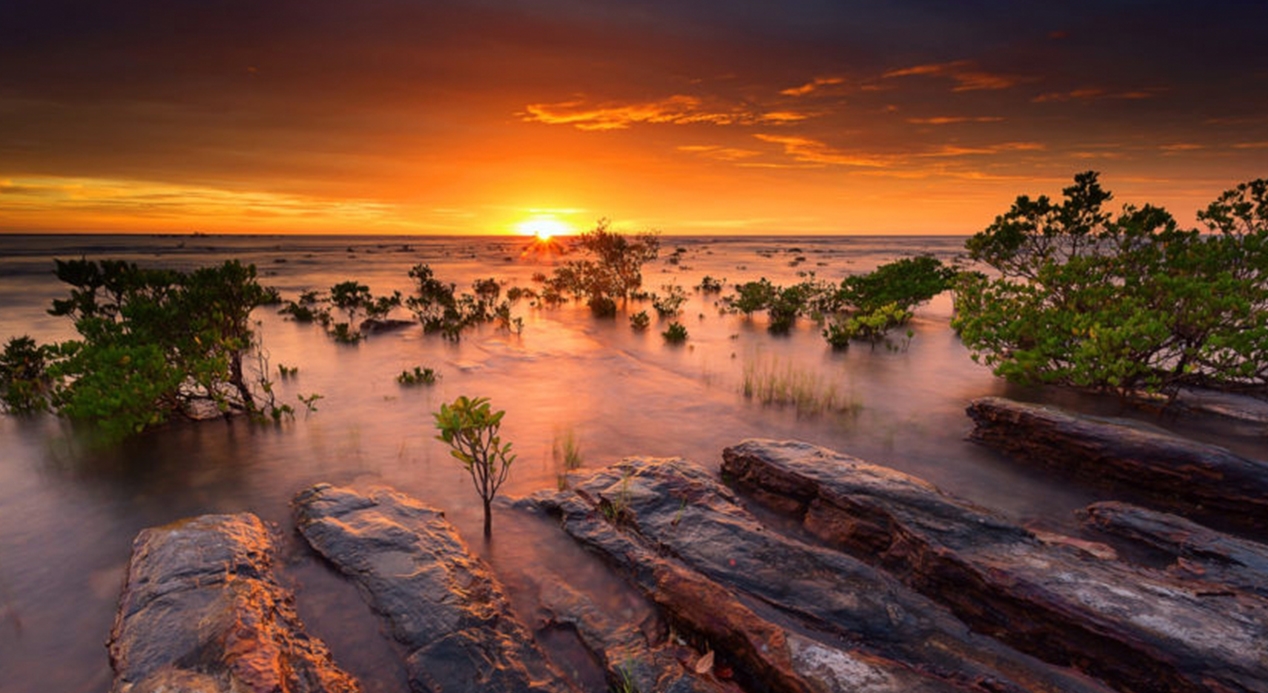