Australian Cruise Association (formally trading as Cruise Down Under) is the co-operative marketing brand for Australian and the Pacific region.

Our organisation is made up of 87 members and represents regional ports, national and state tourism agencies, shipping agents, inbound tour operators and companies dedicated to making the Australian Cruise Association region a major world class base and destination for cruise vessels.

This website is predominantly targeted to our industry partners and Australian Cruise Association members. It does not enable interested viewers cruise ship booking facilities however, see below for direction to cruise line websites.

If you are interested in becoming a member of Australian Cruise Association please refer to the following documents.

In 1993 a small group of Australian and New Zealand ports and tourism organisations who had previously marketed their destinations separately to cruise companies, came together with the aim of having a single marketing presence at the annual Seatrade Cruise Shipping Convention in Miami, and promote the region under a single banner.

In the early years, the cruise brand “Cruising Down Under” obtained funding assistance from the Australian Tourist Commission (ATC), with the support of the Office of National Tourism (ONT). ATC also provided the Cruise Down Under Secretariat until 1997.

In August 2002, as a result of the growth in the association and the need for a succession plan, the membership agreed to separate the functions of Chairman and Secretary into two dedicated positions - Chairman (elected by the members) and Executive Director (Secretary) appointed by the Management Committee.

Since 2004 the Management Committee decided to invite bids from interested members to host the Cruise Conference and Annual General Meeting. Also in 2004, the membership agreed that committee members be elected for a two year term, to ensure continuity of experience and ensure succession planning had a suitable foundation.

In 2005/06, CDU took on the task of quantifying the economic impact of cruise shipping in Australia and its work with the Department of Tourism, Industry and Resources has seen the industry develop a recognised national model which was used to obtain some home grown data to support investment in the cruise industry.

In March of 2006 Cruise Down Under and Cruise New Zealand formalised their commitment to jointly promote Australia and New Zealand to the international cruise industry, by signing a memorandum of understanding at the Cruise Shipping Convention in Miami.

Cruise Down Under cemented its position as the peak marketing body for cruise tourism in this region. Through their association with CDU, members are now able to have access to a professional body which has made significant advances in providing quality information and cruise marketing collateral through its website and annual participation at the Cruise Shipping Miami.

In 2016, Cruise Down Under changed its name to Australian Cruise Association. The key reasons for the name change were that Cruise Down Under was often mistaken for a commercial “cruise offerings” entity rather than an industry body association; that the “Down Under” colloquialism was outdated; and that our role as an industry body representing a broad range of members operating in the cruise sector was not clear.

To read more on the history of Australian Cruise Association/Cruise Down Under please refer to the 2020 CDU History. 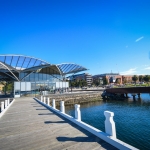 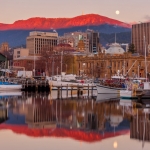 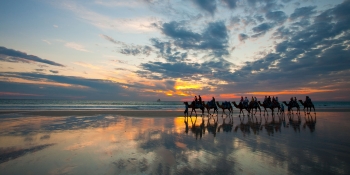 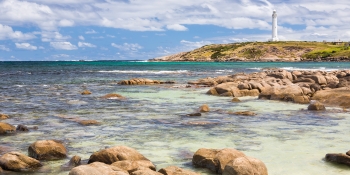