Darwin is the tropical capital city of Australia's Northern Territory.

It has a relaxed outdoor lifestyle and ejoys warm weather all year round.

Perched on a peninsula with sea on three sides, Darwin is an excellent base to explore the natural attractions of World Heritage listed Kakadu National Park and Uluru/Ayers Rock.

Darwin Port is operated by Darwin Port Operations Pty Ltd which is part of the Landbridge Group. The Landbridge Group is a large private company based in Rizhao city in Shandong Province in China, operating businesses in China and Australia. The Darwin Port operates commercial wharf facilities at East Arm Wharf and the cruise ship terminal at Fort Hill Wharf.

The Port of Darwin is strategically positioned as Australia’s nearest port to Asia and the nation’s ‘northern gateway’ for Australasian trade. It is also a key support hub for the expanding oﬀshore oil and gas ﬁelds in the Arafura Sea, Timor Sea and waters off the coast of Western Australia. It is the only port between Townsville and Fremantle with full access to multi-modal transport services.

The Landbridge Group plans to grow Darwin Port by developing the infrastructure to meet future customer needs. By doing so, Landbridge brings an opportunity to increase trade with Asia through the company’s extensive business networks in the region. 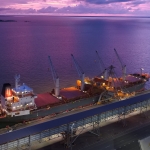 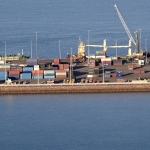 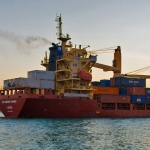 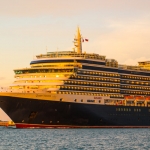